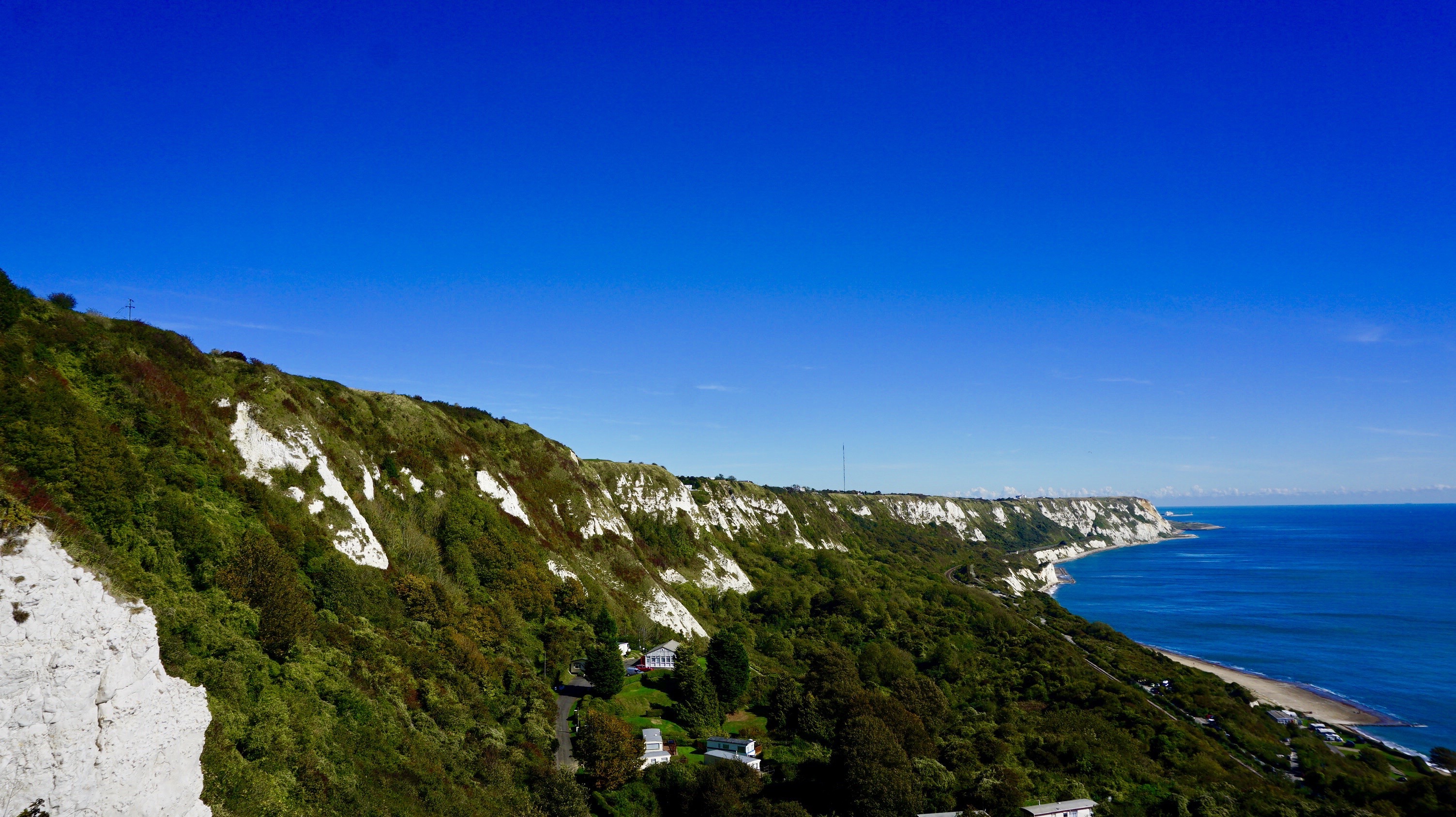 Calais. Probably a French city you have heard about during the European refugee crises. We didn’t see much of it, but it was the place where we met again. I came up from the South of France from a relaxing week of family vacation while Felix and Tim drove over from Belgium. Plus, our second visitor joined us from that point on – hello Kathrin, welcome on board!

In a way, it was a strange feeling to ride along the roads in and around Calais, where so many risked their lives while trying to get on trucks for a ride to the UK. While driving on the highway, on our way to the ferry, there were two guys walking next to the road with plastic bags in their hands. It felt a little bit depressing and weird, sitting there in our campervan, driving to set over to the next country without any issues while others are unable to move on from this place.

We arrived at the dock, our passports got controlled by a guard and they checked Oswald’s interior briefly. We were good to go. That was the first time on this trip where I felt the privilege of free traveling very intensely.

So, we took of from Calais heading to Dover. The ferry ride was pretty exciting. It wasn’t too cold out on the deck, so we were standing out there, watching the French coastline disappear and talking about our last days. It felt really nice and familiar to be back together!