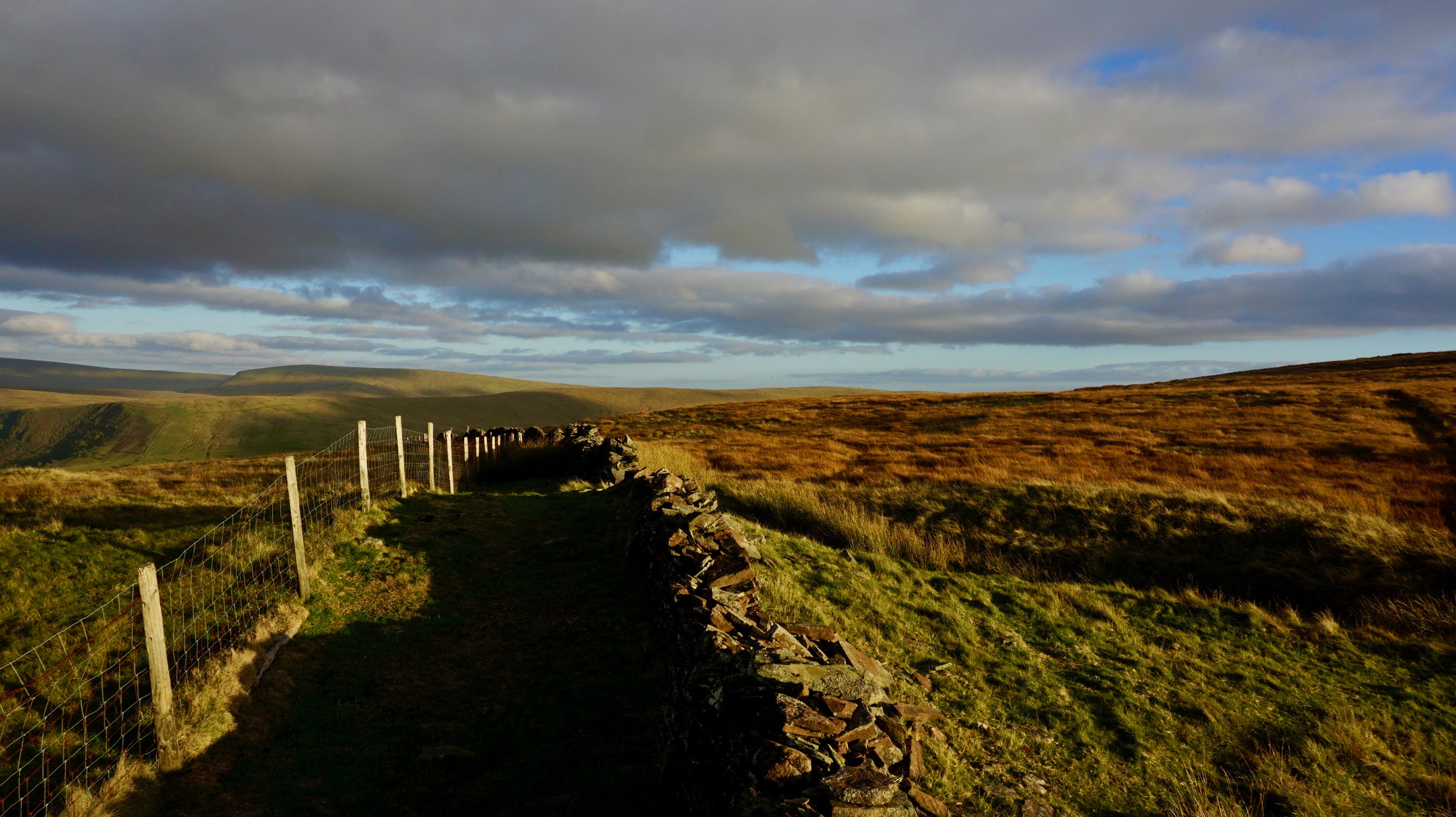 From Bristol, where we tried to get our wing mirror fixed, we drove to Wales. A country we did not know much about. Or anything at all. The weather was still nice when we were driving over a bridge which was the English-Welsh-Boarder at the same time. No boarder controls, no obvious signs, no big deal to cross. We realized that we were in Wales because the street signs where suddenly bilingual. At that point we learned something new. We didn’t know about the Welsh language. It seems extremely complicated and unmanageable to pronounce. As we learned, not many people are able to speak Welsh anymore. Still, all the signs on the road and in supermarkets are bilingual. Funny fact, we thought.

So, Wales it is now. We drove to Brecon Beacons National Park in the South of Wales to find a sleeping spot for the night. Again, we parked Oswald in the middle of animals. Sheep. Friendly neighbors, we can confirm now. After we parked, we realized that we haven’t move for quite a while. That’s why we decided to take a longer walk. Luckily there was a hill just behind our sleeping spot. You could hike up there, but it was really steep. Not too easy when you’re afraid of heights, I have to admit. But the view was totally worth everything! It was breathtaking. 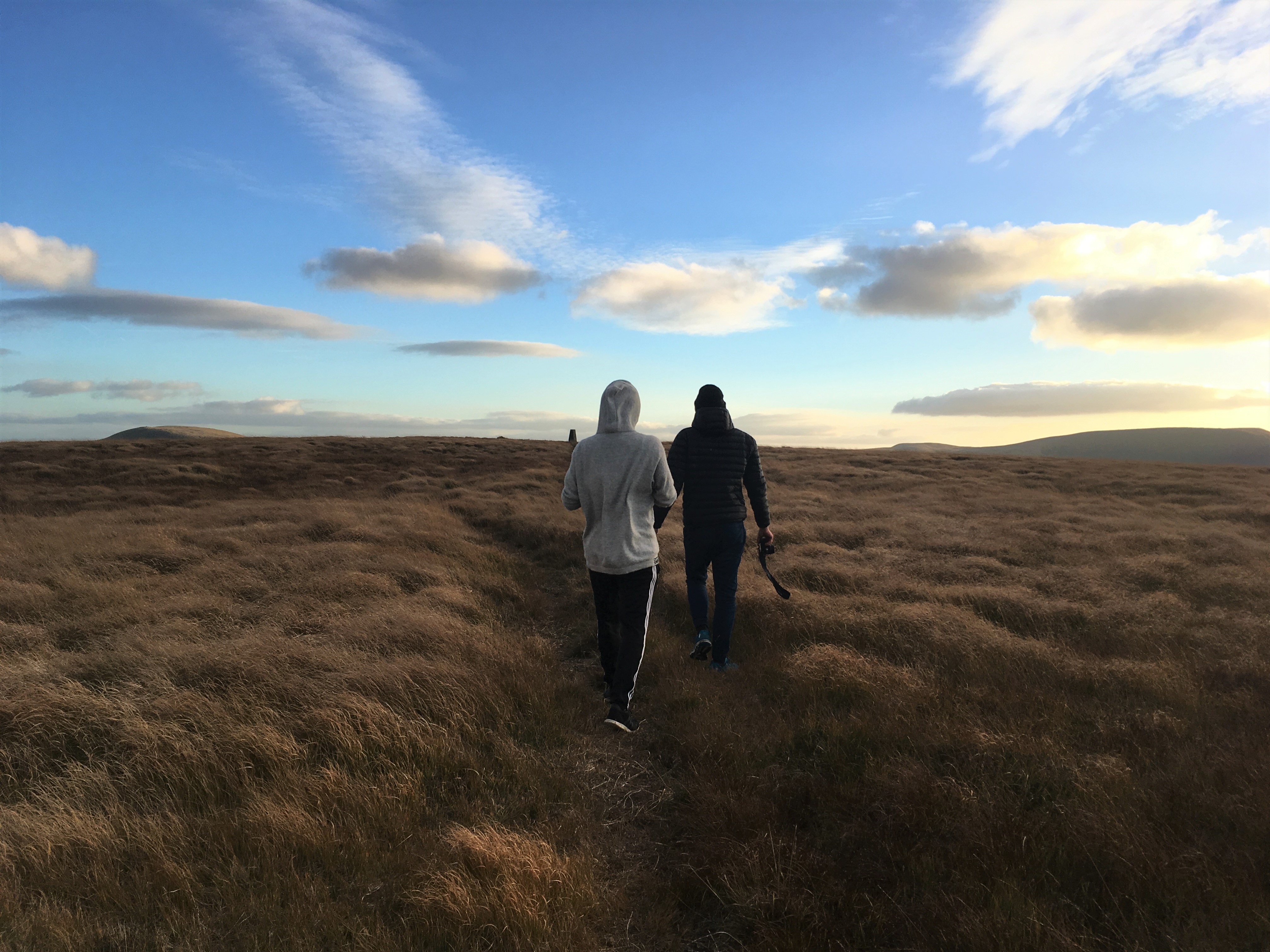 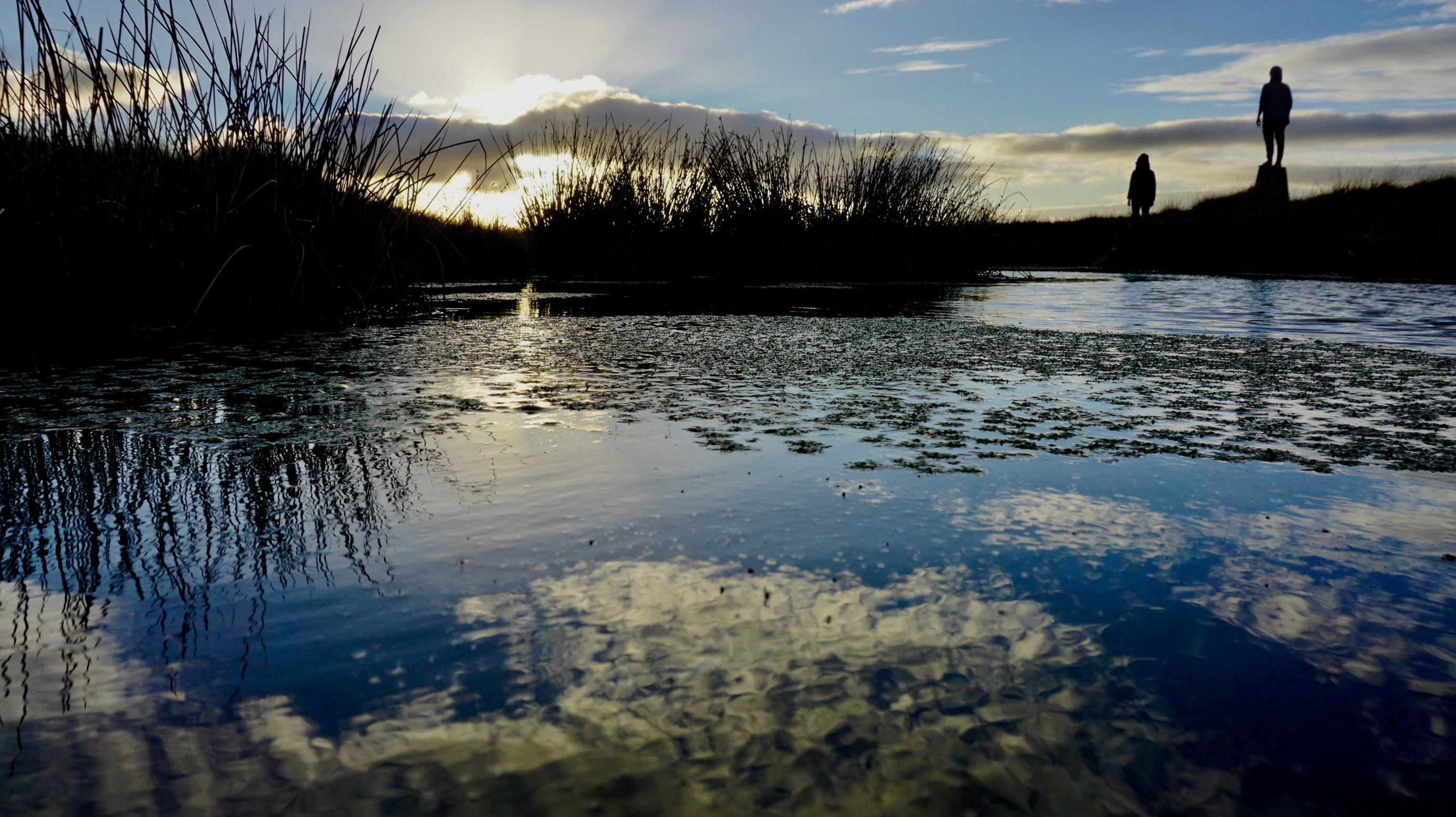 The next morning, we decided to drive up North. Aim: Snowdonia National Park. It was late afternoon when we found a nice spot next to a stream to spend the rest of the day. We used the time without internet (there was no phone connection here) to talk about our daily life routines. Read more about that in the blogpost Everyday life on the road.

The next morning was washing day. Hard one! It was cold outside, and the stream was freezing. I really had to push myself going in there. But I guess, that’s a lot what van-life is about. Doing things outside your comfort zone. Experiencing new things (of course not always nice and sunny ones) and be open to try this and that.

What to do in a National Park and how to experience its beauty? We thought, climbing up a mountain would be a great way to do that. Snowdon, Wales’ highest mountain is right there. On our drive to the parking lot, we passed this sign: 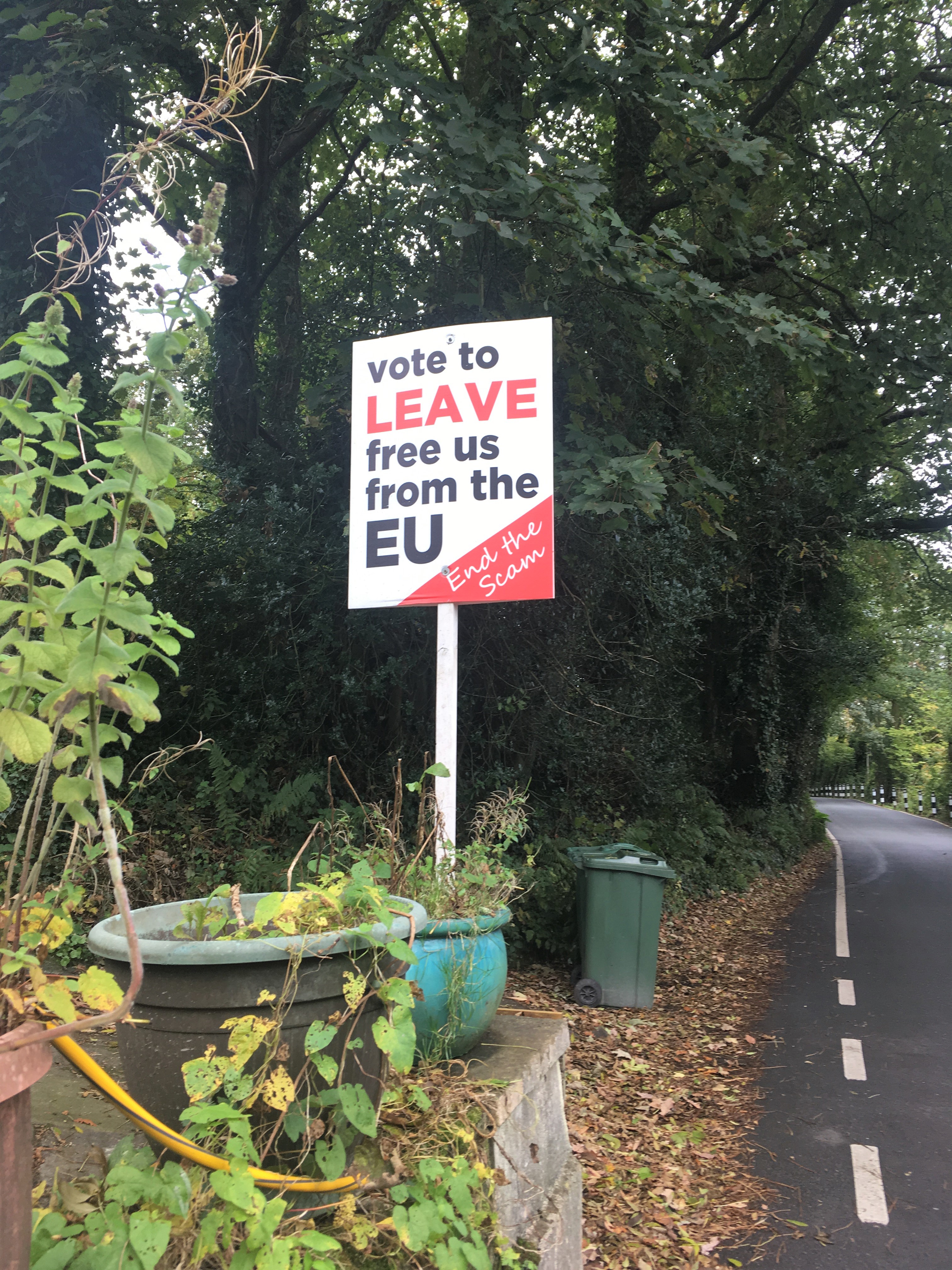 It was a good reminder for us, why we actually started this journey. After a little while of thinking, we turned around and drove back to that house. Should be interesting to have a conversation with someone who has the strong desire to leave the European Union. As we got out of the car and walked towards the driveway, an older man came down towards us. We asked him, if he lives there. Yes, he said. And that’s how a short conversation started. As it turned out, he was just renting one room in this house and the Brexit signs belonged to the landlord, who was unfortunately asleep at that very moment. The man we talked to is 80 years old, as we learned. He is from England and voted for “Leave” two years ago but would not decide the same anymore if there would be another vote. He has nothing against immigration – that’s as far as we got in our conversation, than his bus arrived and he had to leave.

Well, back to the hike – unfortunately, Tim couldn’t join because he’s still suffering under his hip injury. So only Felix and I were hiking up there. It was really exhausting and after half of the hike our surrounding disappeared behind thick clouds. There it went, the view we hoped for. But still, it was a great hike and it felt good to exercise. 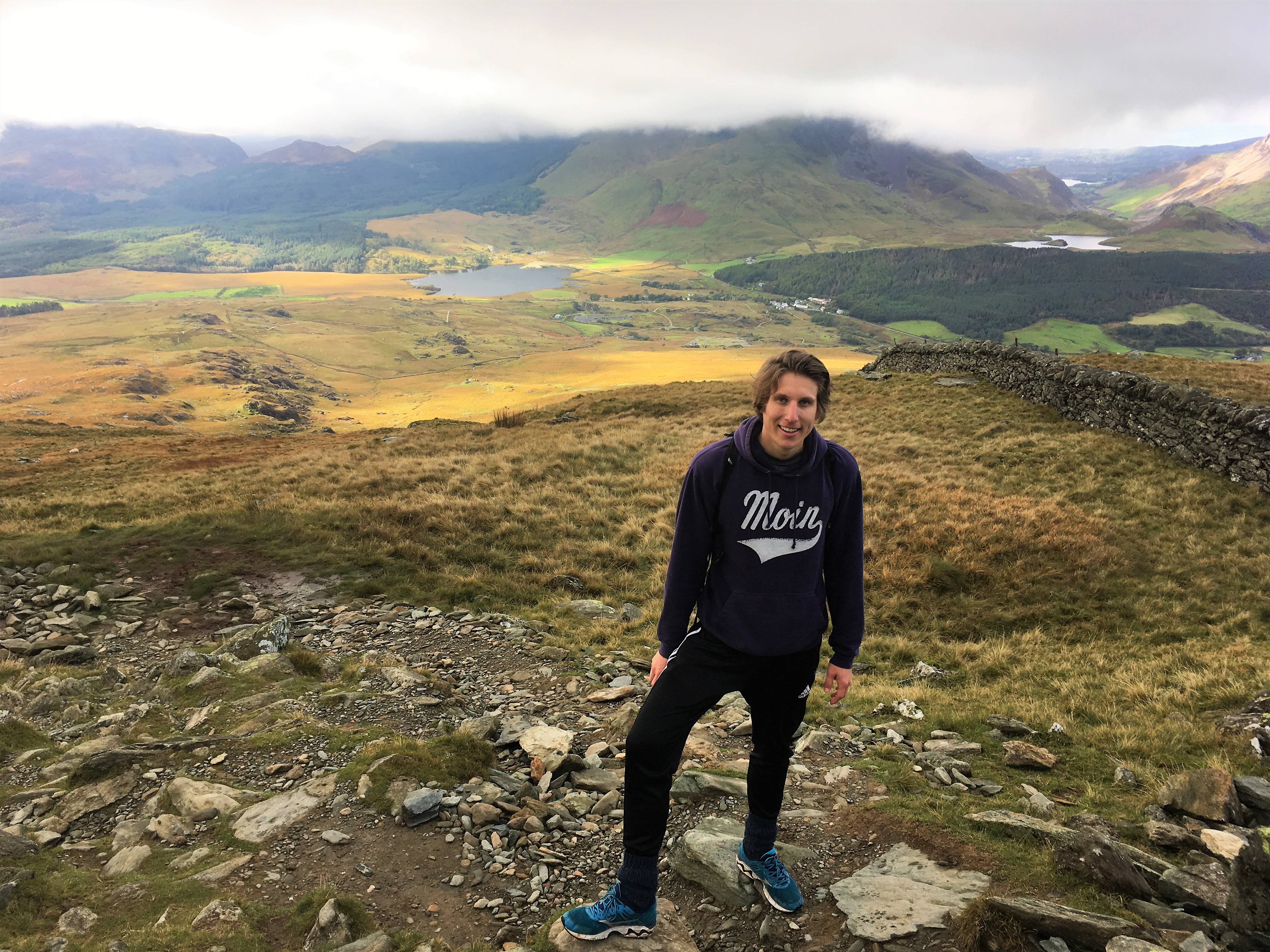 The next day, the weather turned pretty bad. It was super windy and rainy. Therefore, we decided to spend an indoor day. An indoor day. Three people. Eight square meters. A challenge, you could say. But I’d say, we managed it well! I moved into the driver’s seat to write a new blog post. Tim and Felix worked on the van’s interior. Nice outcomes! So those hours in this tiny space turned out to feel really satisfying. 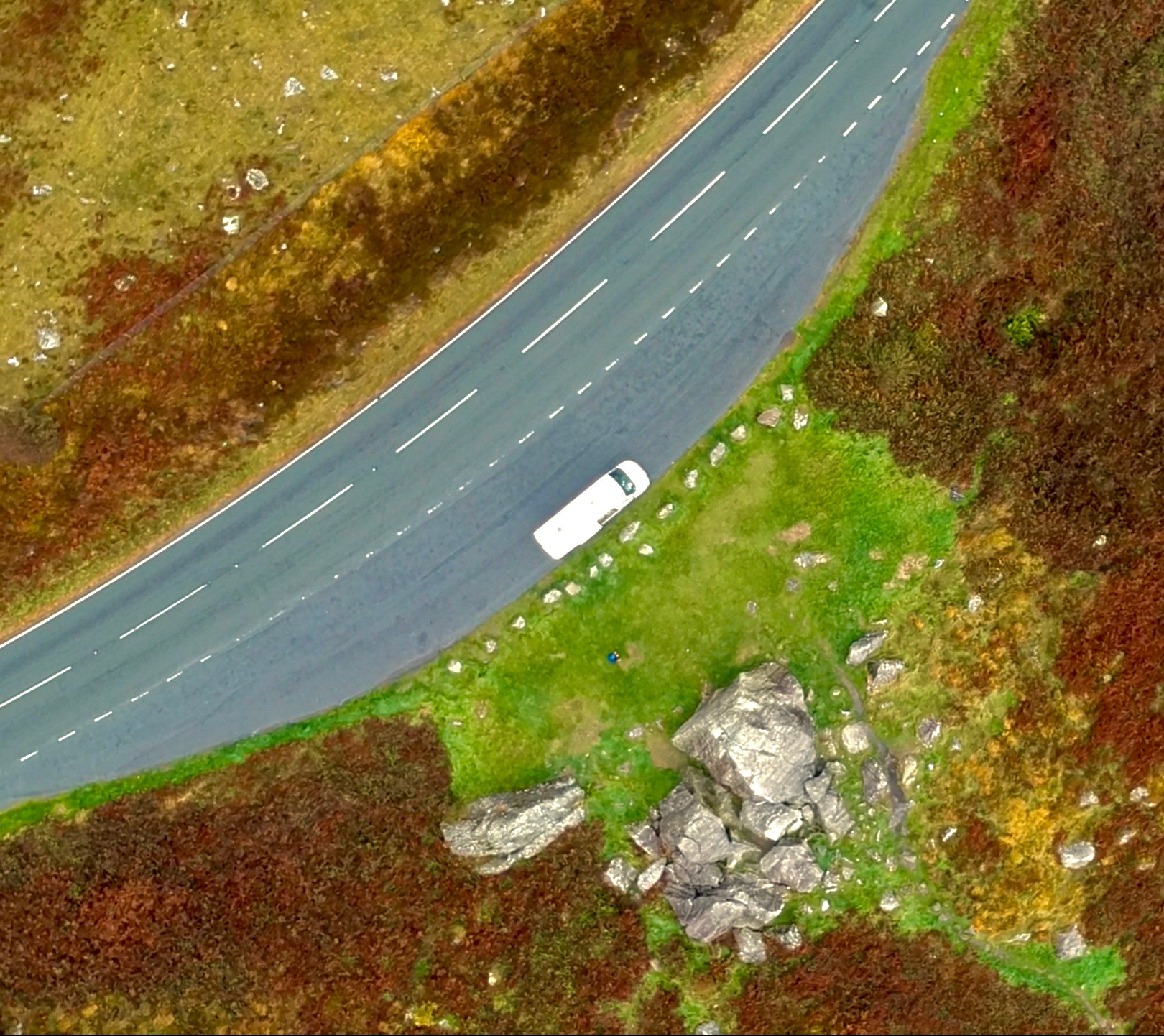 This is the spot we stayed for the indoor day.

In the afternoon we drove up to Manchester!