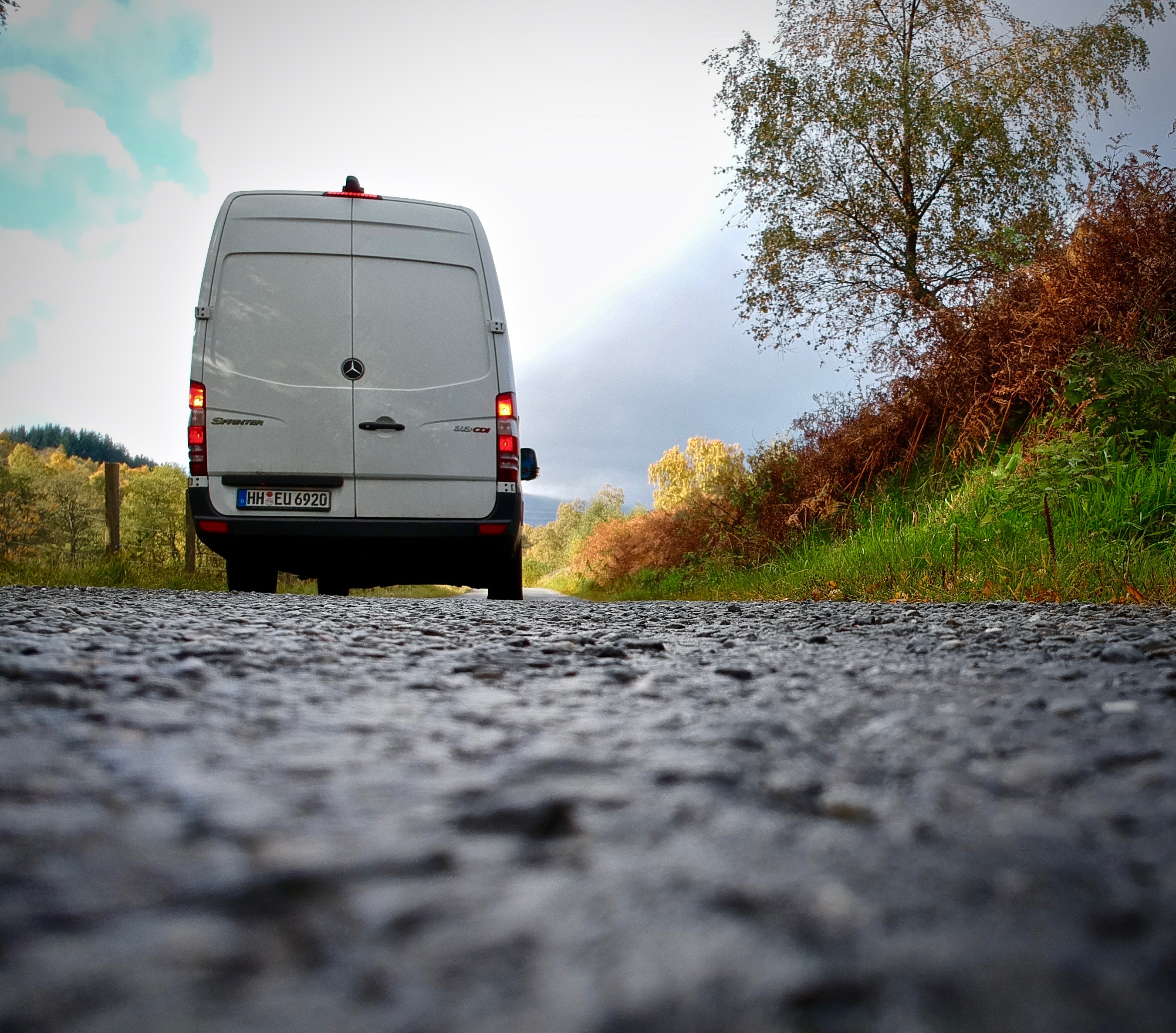 An important topic for us is food. In many regards. Firstly, we like eating. Secondly, we cook pretty much and all different kinds of dishes. Thirdly, we try to save food here and there. Fourthly, we try to survive on a low budget which includes trying to not spend much money on food. The solution to all those wishes used to be dumpster diving. But on the road, it turned out to be more complicated than we expected.

When we arrived in Inverness, we thought about trying dumpster diving again – after some disappointing experiences in Belgium and England. So, we decided to check out the supermarket’s dumpsters during daytime to see if it’s worth driving back there at night. We parked Oswald out of the city center and walked around to check out small and huge supermarkets. The dumpsters were always locked and hidden. What a bummer! So, no free food for us in Great Britain. But hey, we found ALDI and LIDL to go grocery shopping with little money. Plus, there are some British supermarket chains with great reduced-food-sections.

That same afternoon we were sitting together to discuss a few things concerning our further travel future. As I wrote in the blog post Weekend trip to Denmark, we tried to live with 250€ per person per month – including everything, even fuel and ferry rides. Now that we know that dumpster diving is not working in many countries (or at least not, if you don’t know where to search), we realized that 750€ for the three of us together becomes really tight in the end of a month. This is why, we decided to belittle our savings a little more. We decided to transfer 300€ each, per month, to our shared bank account for this project. That way we can drive as much as we used to so far, plus, we do not have to live without regular fresh food and a chocolate every now and then. 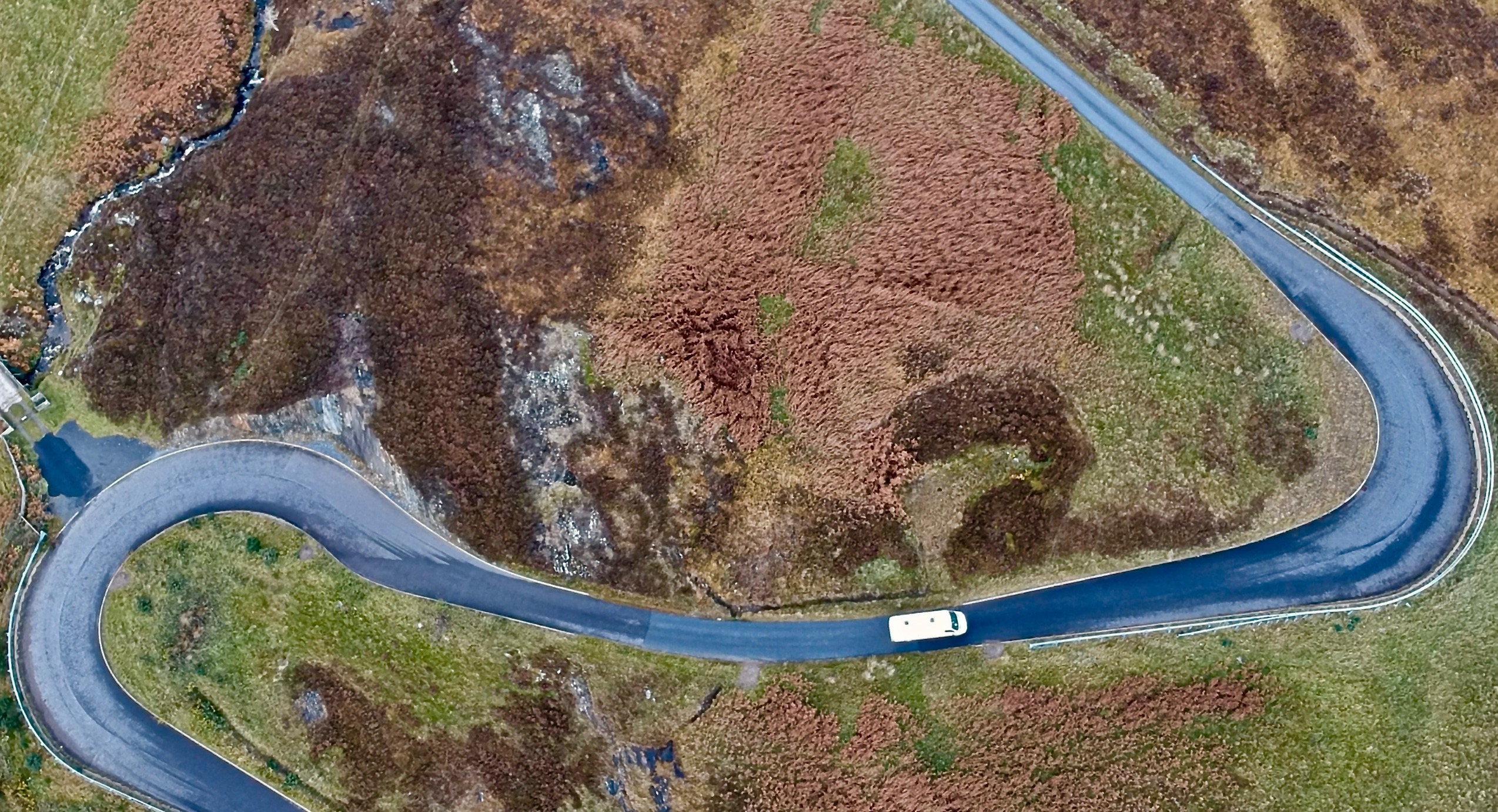 Droneshot, when we were filming Oswald for the documentation.

Okay, enough about food and money. Haven’t talked about our documentation for a while. Maybe, that’s because nothing really happened lately. But now, we decided to be more offensive. It’s not that we only want to produce a documentation in the end, we are also interested in talking to people, getting to know thoughts from people all over Europe. Finding out things, you would never in your everyday life. That is what that whole trip is about. So, we decided to go to peoples houses at least once a week and just start a conversation. And so we did.

That’s how we met John and Abigail, an elderly couple from Eastern England who visited their son up in Scotland. They did not want to talk in front of the camera but still, we had a really interesting conversation with them for about half an hour. We talked about Brexit, immigrants, jobs, their fears and their mistrust towards politicians. Wanting to drive to Liz’s house, we got stuck in her driveway. So, we got to know her, her husband and son. It was a bit embarrassing to get stuck with Oswald in such a weird position, blocking their way out of their own driveway totally. They technically did not have another option than helping us out. Anyways, they were super friendly, got their digger and a rope to pull Oswald out. In the end, everything went well, and we were set free again – thanks, guys!

After that experience, we drove to Bridget’s house. Felix already talked to her in the morning. Straight away she and her three dogs were super nice and welcoming. Nevertheless, she said, she needed some time to think about talking in front of a camera. So, after meeting all those other interesting people as well, we came back to her, she let us into her house (thank you for your trust!), gave us coffee and delicious self-made cookies and Felix interviewed her about Scotland, the EU and Brexit. It was a nice time at Bridget’s, we enjoyed getting a view into her life a lot. We got remembered on why we started that travel in the first place. Meeting all those people, gain impressions on their life, opinions and experiences was intense in a very positive way! We realized, that being friendly and open plus, listening to people would enrich the worlds politic.

On top of all that, we realized that we are living together in our van Oswald since over a month already. Fortunately, we still like each other and feel comfortable with our lives on the road. So that it stays like this, Felix had the idea of having a comfy evening in the van where we talk about what we enjoy about the travel so far and what we’d like to have differently. The positive parts are definitely predominant for all of us. That’s good news! Of course, everybody had some little things they got annoyed by, but we realized, if we talk about it before there’s even a chance for it to become a real big deal, nothings too bad. I guess, we used our “free time” in Scotland really well – we got a lot of things done (e.g. get first impressions on film-cutting program) and talked about important issues (e.g. that our tour will probably end in May). 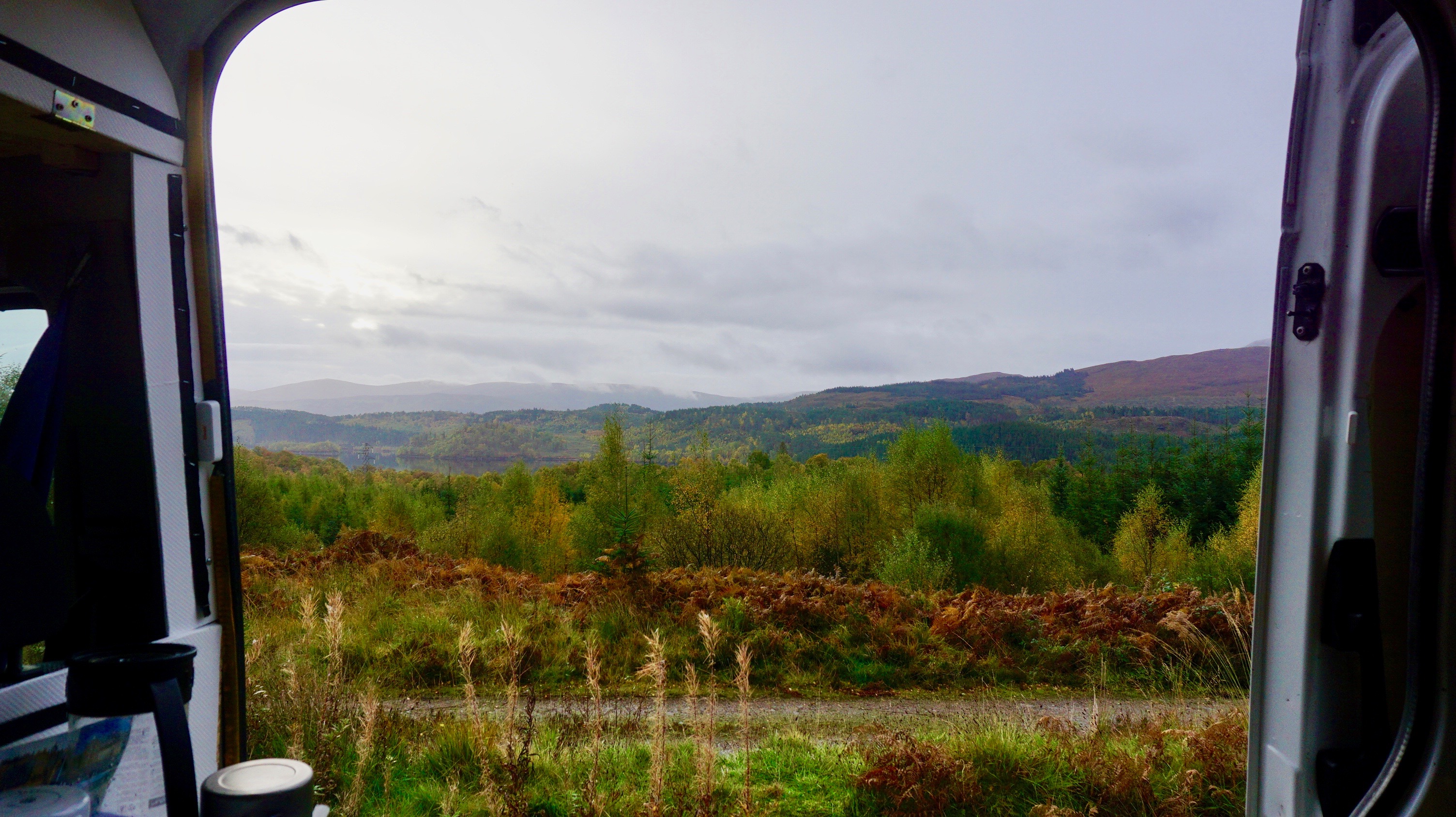 View out of the bed – onto the Highlands.