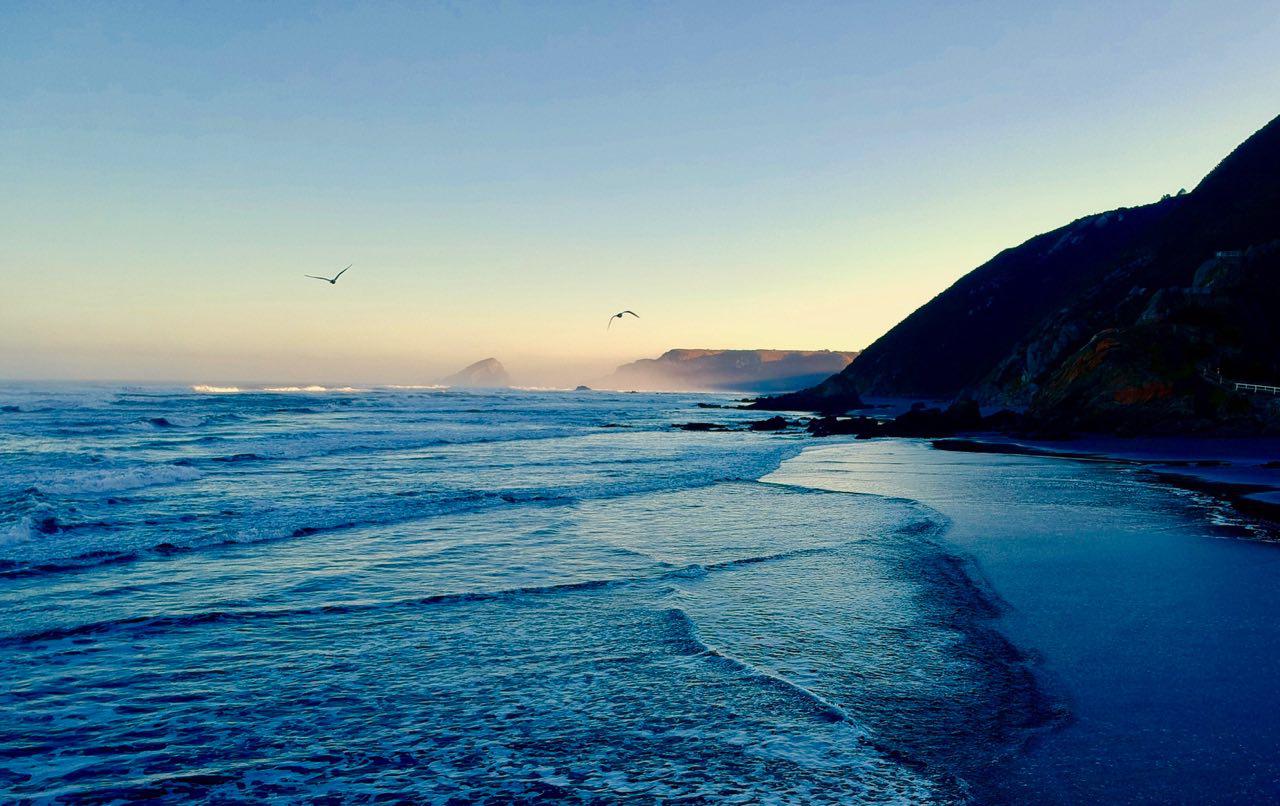 On Monday 12th, we crossed the French-Spanish boarder. It was another moment, in which we realized our freedom as Europeans. The freedom of moving around without any issues. While passing a bridge Tim realized that the language on the street signs changed – everything was written in Spanish now. So, there we were: Hola España.

Being in Northern Spain was really nice. We did not know much about that region but definitely learned a lot. It was two weeks of adventures and ups and downs. The first one-and-a-half weeks the weather was amazing – it is not always like that in fall, we learned. The sun was mostly shining, and we had around 20 degrees Celsius. We even enjoyed a “beach day” with swimming in the ocean, playing beachball and frisbee and sitting in the sand, looking over the sea, philosophize over life and realizing how special our trip is.

Also, I started to gain some photography skills since our professional photographer Felix left us for two weeks. You can get an impression in the following photo slide show (do not be to harsh with your judgement, I am still learning). Actually, not only I played with the camera. Tim took it every now and then as well and hit an amazing shot.

Tim also took some time to improve his guitar playing skills, challenged himself with going into cold waters (even, if the weather wasn’t too nice) and flew the drone – always good for great shots! 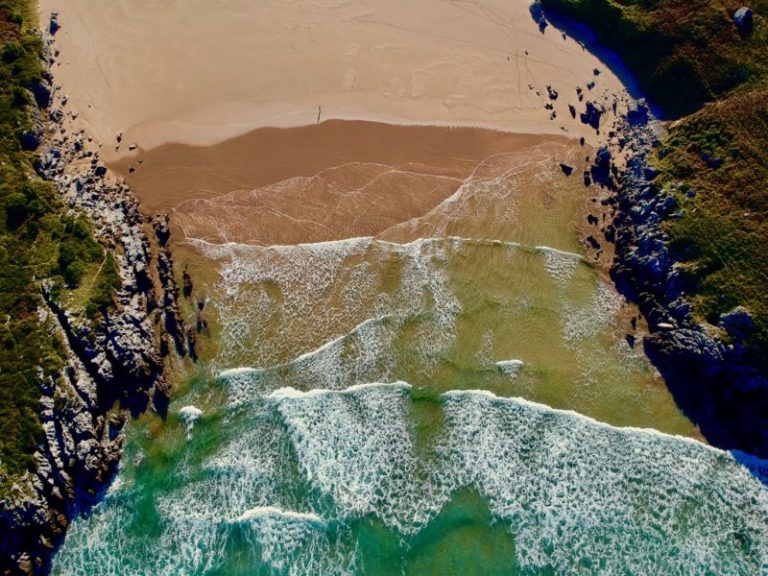 I finally went jogging again after a long time being too lazy to go and went for a one-day hike on “Camino del Norte” and after entering Galicía switching to “Camino Natural de la Ruta del Cantábrico”. I can definitely recommend going hiking in this region. The paths are great and there are signs everywhere so there’s no chance of getting lost (even without a GPS). The nature was stunning – as everywhere we passed in Northern Spain:

Besides all that, we went to different gyms once a week (for a try-out or lets better say, for working out and taking a warm shower for free), were really active in working on our documentary (now, we definitely know more about the cutting program we decided on using), prepared a surprise for you loyal blog-readers for Advent and, we spent another day in a public library for better internet to load updates on our electronical devices, download music on Spotify and movies on Netflix (because yes, we do not talk with each other 24/7 – well, it is surprising how much we still have to talk about, even though we do spent 24/7 together. Still, it is nice to have some moments “on your own” with watching a movie or listening to music).

In the beginning, I said that we learned a lot about Spain and only mentioned the weather which was extraordinarily good for that time of year. So, here’s what else we learned:

Let me explain, what I meant by that last point. One sunny day, we decided to drive to one of those beautiful, huge beaches with free, open-air showers to wash ourselves. Call us negligent but we did not except the following happen. We left Oswald in a parking spot right at the showers, took our showering stuff with us, walked to the showers maximum ten meters away and took short showers – since the water was freezingly cold. The van always in sight. But yes, our mistake was not to lock it. We lost sight of Oswald for only one to two minutes. Another campervan parked between us and our van and blocked the sight. After that it drove on and was gone. Strange, we thought. Why did it park there for that short moment? Going back to the van, we realized that my phone and Tim’s porte-monnaie, which were lying in the front of the car, were gone. Someone went into the van while the sight was blocked and stole two of our valuable items. We are really happy that that’s all they stole since there were a lot more values in the van, they could have easily taken with them as well. But still, it is annoying without a smartphone. Once it is gone for a while, you realized how much you actually use it. For finding parking spots for the night, to plan your day (finding libraries, gyms), as navigation system, for translating words, for keeping in touch with friends and family at home, for taking pictures, for listening to music or for reading news.

But every bad situation brings some nice moments. When we were at the police station where we reported the robbery, we met Miguel. A nice and helpful policeman who knew German pretty well. He translated for us even though, his shift was already over. On top of that, he agreed to an interview on camera about the EU with us. Find out more about his opinion towards and ideas for the European Union in our christmas calender!

As always, you can follow the route we took, here:

Let’s finish this post with a fun fact: We realized that we last washed our clothes (except of some underwear which we hand-washed in between) four weeks ago.